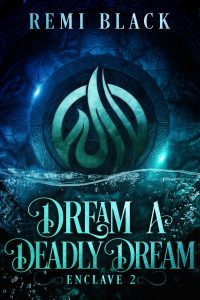 Dream a Deadly Dream, a novel of 119,000 words, is the second book in the Fae Mark’d Wizard series.

1st is Weave a Wizardry Web

3rd is Sing A Graveyard Song

Visit Remi Black’s blog or her page on this website to discover more.