Spells of Earth :: bk 1 The Wyrded Forest
18% Complete
5,000 of 28,000 words
The Spells of Earth trilogy of novellas will follow Desora. and Brax. Maybe Lord Horst, a Kyrgy. Definitely not Maorn Harte. Already shapeshifting wyre have appeared. Sprites! And a mysterious monster hidden by an amorphous cloud. Gobbers next!. This information may change. It is a Work in Progress! Bk 1 = The Wyrded Forest Bk 2 = The Riven Gate Bk 3 = The Mysts of Sorcery
Get Your Own Progress Bar

Welcome to the epic Fae Mark’d Wizard series, bundled as Tangled Spells. Available NOW, and individual books are also available now. (The bundle costs less! The paperback price is determined by the Print on Demand cost.)

See the Remi Black page on this site for links.

Will a Murderer paint with more blood?

A British public school. A former soldier haunted by the trenches of the Great War. A lady who only acts like a lady. A photographer. Three fishermen. A headmaster. A medic. A pub owner and his wife. And more. Who committed the murder? Can Isabella find the answer? Or will a murderer paint with more blood?

See the M.A. Lee page on this site for links.

The three books bundled together, currently in ebook but paperback is coming later this year. 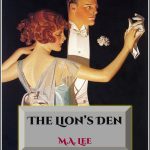 The Into Death novels are set in the 1920s.  Newest Release: Portrait with Death (see above). Visit the M.A. Lee page on this site for more information.

Hearts in Hazard Series ~ English Regency Era mysteries and suspense with a dash of romance.

If you like Georgette Heyer’s historical mysteries, this series is for you.

1/6 ~ The Danger to Hearts 6 brings back Jess Carter from A Game of Secrets 1.

10/11 ~ The Hazard of Secrets 10 and The Hazard for Spies 11 have a secondary plot with the children Vic, Elise, and Hank. The three are not the main focus; Corrie & Jem and Phinney & Conrad carry those main plots.

6/9 ~ A character mentioned in The Danger with Hearts 6 becomes one of the primary leads in Key with Hearts 9.

8 ~ The Key for Spies 8, one of the least-connected of the 12, is a stand-alone novel set in Spain. No interconnected characters. We do have spies, but I wished to break the constant focus on England. I justified my wish by saying, “Well, it has spies.” Let’s pretend our Simon Pargeter is friends with Hector Evans. 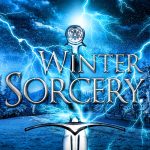 The Seasons in Sansward Quarternary

short story “A Matter of Trust”, originally published in 1992

Check out the Edie Roones page on this website for more information.

No newsletter yet, but write to winkbooks@aol.com to sign up.

Spells of Air :: To Wield the Wind 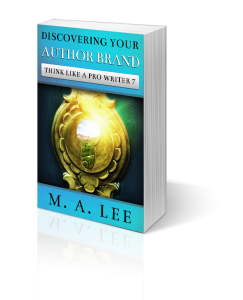 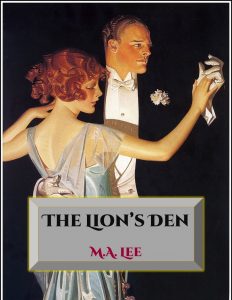 Receive a 1920s story with Filly and Jack.