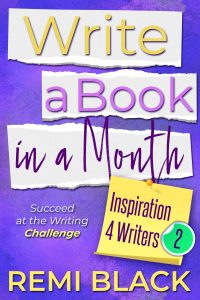 On The Write Focus, we’re posting a daily podcast from Write a Book in a Month, by Remi Black. 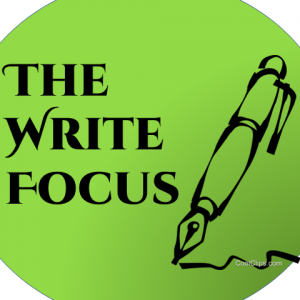 Daily check-ins include the project stage progressing word count as well as speculations on writing in general and the writing business in particular.

Criteria for the Challenge ::

3] Reason for the Goal

Each of the April episodes is running less than 10 minutes. Listen briefly every day or hoard up several episodes for when you fix a quick dinner, drive a short commute, or take a brisk walk.

Lessons for writing happen along the way!

Each episode in April will conclude with the two quotations from professional writers (Hemingway! Heinlein! Atwood! More!!!) that opened and closed her day’s writing sessions.

April 3 :: Stick with the Plan

Coming Up to Finish the Challenge

April 26 :: Nose to the Grindstone

Listen on the following sites.

Bookmark your favorite to come back daily.

Resources as of April 20

Amazon links are given because it’s easy, and for no other reason.

Purchase Write a Book in a Month at Amazon here.  https://www.amazon.com/dp/B0848MWXGD

The Think/Pro planner for writers can be purchased here: https://www.amazon.com/Think-Pro-Planner-M-Lee/dp/1983248673/

Marie Kondo The Life-Changing Magic of Tidying Up https://www.amazon.com/Life-Changing-Magic-Tidying-Decluttering-Organizing/dp/B00RC3ZGN4/