The first novella in the Spells of Earth trilogy published on this date in 2021.

Elemental Earth is a life-potential power. Can it be wielded to kill?

Wizardry burnt out and memory gone, Desora re-built her life in an isolated corner of the Northern Reaches. She only wields the life-growing power of elemental Earth.

She has nothing of Fire, Air, or Water. No fiery bolts, no whirlwinds, no drowning spheres: nothing for defense or attack.

Shape-shifting wolfen threaten her, able to transform out of Moon-turn.

And strangely gory deaths in the High Meadow mean a mysterious monster prowls, looking for life to consume.

With death menacing, Desora has no protection except her wards.

Wolfen and the eldritch monster kill the defenseless. Can Desora discover new ways to wield Earth before she becomes prey?

For elemental magic and dangerous Dark Fae allies, treacherous shape-shifters, and a twisty sorceress that seeks to defeat anyone associated with wizardry, look no further than The Wyrded Forest.

Each novella in the Fae Mark’d World is a complete story, yet the trilogies are interlinked. The Spells of Earth trilogy includes The Wyrded Forest, The Riven Gate, and The Mysts of Sorcery. Readers will experience a greater enjoyment reading the novellas in order.

Purchase Links: Amazon and other online distributors like Kobo and Barnes & Noble. 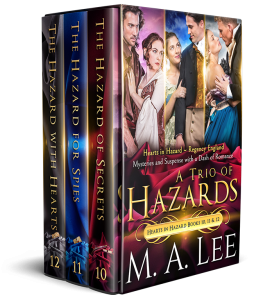 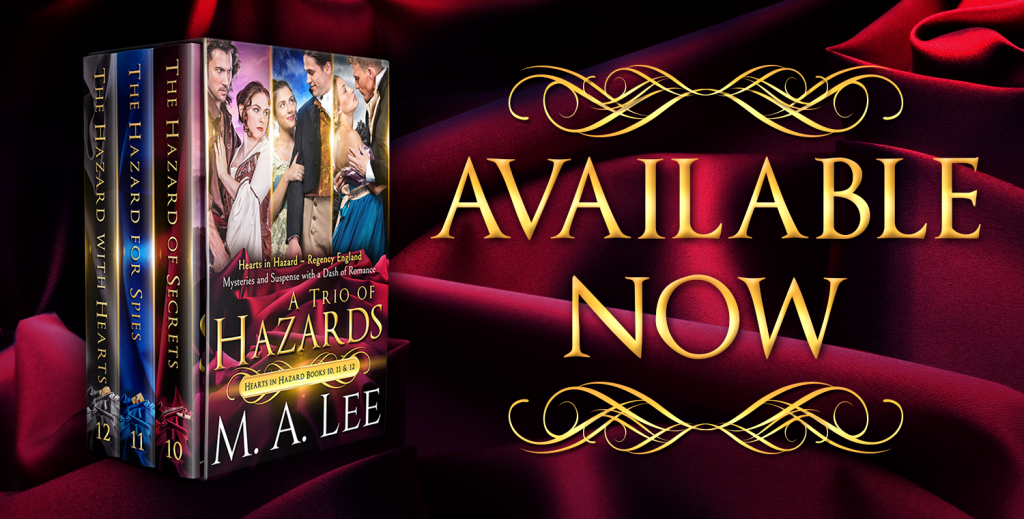 Would you like a preview for The Hazard for Hearts? If the W.Ink glimpses on previous days didn’t kindle your fire, how about a book trailer?

Listen to an introduction to Maxwell Herrick, 9th Earl of Sheldrake.

They whisper that he is Bluebeard. His first two wives haunt the castle? Will his third wife be next to die?

If you prefer to read rather than listen, please click this document file at this link.

You can listen to an audio file about Max, the second protagonist in The Hazard with Hearts, or you can read this document file.