Over at Writers Ink Services, the blog series on 13 Bits of Advice to Start Writing in ending. The final blog is focused on the hardest problem all writers face. Newbie, Wannabe, Gonnabe, and Be ~ all writers struggle with one simple thing :: How to Keep Writing.

Writers Ink has a few resources for writers. While some are directed specifically for newbies, they are excellent guides for writers anywhere in their journey.

To gain a professional writer’s perspective, Writers Ink as the Think like a Pro Writer series.

The first book in the series, Think  like a Pro, presents 7 lessons to change your mindset from hobby writer to professional writer.

The book is available in two editions (different covers) and in paperback or electronic: 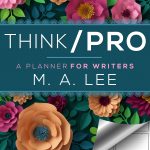 Think/Pro is only available in paperback. How else are you going to plan projects, track word counts, note down meetings and daily events, and highlight successes!

Discovering Your Novel, everything you need to know to write your first novel or to rescue those story ideas that never turned into completed manuscript. Designed to write your novel in a year and set up in a weekly format, with Charts!  https://www.amazon.com/gp/product/B07PYYM2LG/

Discovering Your Characters, just published! Everything you need to know to develop engaging characters, from archetypes to angst, couple bonds to team roles, and much, much more. A reference for your writing shelf!

The Discovering set will continue with Three more books.

How Do You Get to Know those Characters You’ve Thought Up?

When I first started writing, back in the Dark Ages, I hunted up templates. They were difficult to find back in the pre-Medieval Age. Writer’s Digest magazine had one template in an issue, and I religiously used it.

Then, as life moved on, I left the template behind and tried other methods.

Psychology offered numerous methods for unlocking characters. One such method was running characters through the Myers-Briggs test. Keeping a character at the forefront while taking that test so that personal preferences don’t influence the answers is extremely difficult. That’s a great learning process for writers, getting our own minds and will and gut reactions out of the way to let the character speak.

The best method I found for discovering a character, however, wasn’t a template or the 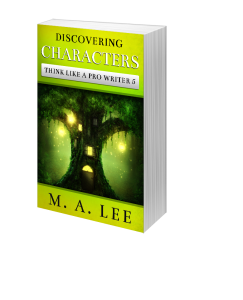 Myers-Briggs or any other test. Hands down, still to this day in a greatly adapted form, the best method for beginning to develop a character, was the 30-minute interview.

The rules are simple. 10 questions. 3 minutes per question. When you finish, pick up any idea that’s still percolating, and run with it as long as necessary.

Through the interview, you reach the heart and gut of your character more quickly than you will through any other method.

On the internet are several versions of character interviews, many of which mimic basic template questions. Those don’t delve deeply enough. Writers need to reach in and feel the heart pumping. We have to throw a punch and know how the character will take it.

You can have some basic information about your character before you start. Or you can just have the seed.

These questions will crack that seed. Growth of character and story will start. That’s impossible to start.

The ideas that bud may transform during the writing. Once in the air, the planted story will take on a life of its own. Much will affect it. Crawling insects. Nibbling mammals. Birds. Bats. The neighbor’s cat after the birds. Cold and heat, drought and deluge. Once you finish the story, you may look back at this interview and realize that you weeded out some stems that would have offered interesting subplots. Buds that you pruned to enable other flowers to flourish might have looked intriguing but offered too much distraction.

Sequels can take care of the lost subplots and intriguing flower buds that were never allowed to grow. They’re not lost. They’re over in the compost, nourishing your dirt-brain for later stories.

Because you will have later stories.

Each creative idea you develop nourishes that dirt-brain so that it can germinate more ideas for more stories.

Find the interview in the newly published Discovering Characters. Get it here

Find downloadable charts in this document, all from the newest release Discovering Characters, book 5 in the Think like a Pro Writer series.

And check out the other publications offering Pro Writer Advice for Newbies.

Here’s a Sample from Discovering Characters.

What’s the story you want to tell?

What’s in your mind?

Anything? Everything? Both are terror-inducing problems for writers to have. Let’s back way, way up, up the hill, around the curve, and start at the beginning of the beginning.

Stories start in various ways. Countless writing craft seminars and conference panels and online courses will use the classic “What if?” scenario as every writer’s starting point. While that’s a way, it’s not the only way, and it’s certainly not the way that many writers begin.

“What if?” is not even the true starting point.

If we consider a story like a plant, especially one that fruits, then the “What if?” is the moment when the plant pushes through the soil to reach air and sunlight. “What if?” is the vision of the plant’s growth, as it transforms, enlarges with stems and leaves, even flowers and fruits. Yet through its growth, the plant will remain firmly rooted in the soil.

That’s where story ideas start: the soil. The dirt. Nourishing. Rich. Filled with all sorts of organisms wiggling through it, including the microscopic cells that enrich the dirt for the planting of seeds.

The incipient seed planted in the soil of your mind is not “What if?” The seed can be a variety of ideas, ever personal, ever burgeoning, ever morphing.

Many writers are asked, “Where do you get your ideas?” That question asks for the seminal inspiration that strikes the writer and leads to the idea pushing out of the mind and onto the page.

New writers have a constant fear that they will run out of ideas.

On her website storey-lines.com, Robin Storey shares the amusing statement by Robertson Davies that “I don’t get them [ideas], they get me.” (17 Sept. 2017)

Storey goes on to share that characters were “taking residence in my head and nagging at me constantly until I wrote their story.”

In his blog “Where Do You Get your Ideas?”, Neil Gaiman[1] says he used to lie when people asked this question. He lied because people were disappointed when he told the truth, that the ideas came out of his head.

Here’s Gaiman’s wisdom from that blog: “An idea doesn’t have to be a plot notion, just a place to begin creating. Plots often generate themselves when one begins to ask oneself questions about whatever the starting point is.”

The place to begin, the what-if? The idea that pops up, the seed that plants itself in the fertile dirt of your brain. The seed might have been planted years ago or yesterday. All that matters to you the writer is that the seed breaks its husk and transforms into a seedling reaching through the soil for the air and sunlight.

All you have to do is let the idea come forth, feed it the air and sunlight, let it grow its stems and leaves, and soon it will flower and fruit.

You may have a handful of seeds that all look the same, and when the ideas push out, they appear identical with the same stems and seeds, but the flowers and fruits are very different.

As a writer, your job is to help the husk come off the seed, give the soil whatever nutrients that the seed needs to germinate a beginning plant, and shape it into the form it needs—with roots and leafy stem—that will power it to emerge from the dirt into the air and sunlight.

So, the seed is in the dirt of your brain.

You have multiple seeds there. Grab the one that you want to work with. You know,

the one that keeps popping up whenever you think about writing.

What next? Well, where do you want to start?

Wherever you start, your fertile dirt-brain will quickly decide your approach to the story: central character, evil confronted, perspective, genre, length, and more. Let it flow. Don’t stop it.

This book will present quite a lot about developing characters.

Here’s another metaphor—or three. Discovering your characters will be like entering a vast country or moving into a strange neighborhood or traveling along a road you’re not quite certain about. Your characters will reveal to you the writer certain things that they would never want revealed to anyone else. As a writer, you can commit to keeping their secrets and dark desires and past traumas and hopeful dreams. Or you can blast them into the world through the medium of story.

[1] Neil Gaiman: “Where Do You Get Your Ideas?” Cool Stuff: Essays, neilgaiman.com, ©Harper Collins Publishers.

One of the hardest things to do in writing

is to create characters that readers will care about,

that will make them have to read on.

Discovering Characters is like investigating a house we want to buy.

No, I’m serious. Characters have an exterior façade that we comment upon as we drive past. Through the windows we catch glimpses of interior lives.

Even when it’s a tree house.

Some characters enjoy the bright city lights. Some are loners, nestled against a national forest.  Characters, houses—each have individual personalities. Some are blingie, with the latest décor while others enjoy the comfort of yoga pants and old sneakers.

As writers, we capture these individual characters and save them from the cookie-cutter boxy stereotypes. We delve into interior rooms for glimpses of formative baggage. Finding their backstory is a search through attics and cellars, storage closets and garages. Characters hide their pain and fears, painting them over and adding distracting artwork.

Our job as writers is to find every detail of our characters then use snippets so our readers will see our characters as they drive through our books. We hint at the foundations while opening doors to their plans and purposes.

Discovering Characters is designed to help writers find the exteriors and interiors, public and private. We’ll dig around the foundations and climb to the roof. We’ll explore the open rooms and the storage closets. We’ll peek into rooms inhabited by such characters as diverse as Elizabeth and Darcy, the Iron Man, Aragorn and Frodo, Travis McGee, Medea, Macbeth, and Nanny McPhee.

Just as characters—and houses—are individual, this info is individual. You won’t need every bit. Dip in and out, skim around. When you reach locked rooms, come back and explore to discover the keys to your characters.

Discovering Characters, with 44,000-plus words, is the second book in the Discovering set, part of the Think like a Pro Writer series for writers new to the game as well as those wanting to up their game.