M.A. Lee is working madly through her Hearts in Hazard series, and the books only get better and better.

This time we find spies in 1813 Spain, eluding French soldiers with the help of Spanish guerrillas–only to be captured.

Here’s a trailer for your enjoyment:

And the Amazon link:

This month W.Ink Books is celebrating the anniversary of the publication of three books.

On this date last year, Edie Roones published the third book in the Seasons in Sansward quartet, Winter Sorcery.

Two Frenc spies escape from Overlord Summa’s army.  Tracked by a Gitane Witch and a military troop, they receive help from two women in northern Arlas.

What will happen when the Gitane arrives to capture the spies? 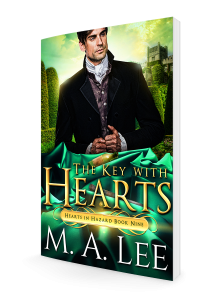 It’s the second birthday for her book The Dangers for Spies, published in 2017.

A Regency suspense with murderous French spies, an English cryptographer, and two spies for the English who try to escape the French snares.

It’s the first birthday for Sing a Graveyard Song, the third book in the Enclave series by Remi Black.

Follow the bound wizard Alstera as she ventures into the mountains and confronts a monster created from blood and power.